Among the many ramifications of popular culture in contemporary Chinese society, online gaming is one of the most important. Teenagers in China spend endless hours sitting in front of computer screens in their houses or in Internet cafes playing multiplayer online games such as World of Warcraft or The Legends of Mir. Psychiatrists and politicians have defined this trend as an addiction and have fought in many ways to “cure it”. In what quantities does this issue affect the Chinese society? What are the reasons and consequences of teenage dependency on online gaming? And, what are the measures taken by China in order to fight this problem? These are the main questions that will try to be answered in the following pages.

Before getting into the reasons and consequences of this issue, one must first have a glimpse of the main facts and statistics that specify the numbers of Internet use among Chinese youths. During the past decade (2000-2009) Internet users in China have skyrocketed from 620.000 to 335 million. And, according to the China Internet Network Information Center (CNNIC), by June of 2010 this number went up to 420 million, of which 71 percent are in the age group between 10 and 24 years of age. This means that around 296 million of China’s internet users are younger than 25[1].

Another important fact of this 26th Report done by the CNNIC is that Web entertainment is in the top of the charts of the most used applications. Web music is used by 83 percent of internet users and web gaming by 71 percent, with 296 million users[2]. It is interesting to note the “coincidence” of the percentage of young Internet users and the use of web gaming (both 71 percent).

In relation to online gaming and Internet addiction, a research done by the Chinese Academy of Social Sciences states that by 2010 the number of people under 29 addicted to the internet arrived to 14 percent, raging around 33 million people. The same report affirms that 50 percent of young Chinese connect to the internet exclusively to play online games[3]. In relation to gender, males have a higher tendency to internet addiction. Of 64 students branded as “addicted” in a psychiatric study, 53 were male while only 11 were female[4].

And the issue does not affect exclusively lazy or lowed IQ students; even teenagers from prestigious universities such as Tsinghua University have gotten trapped in the incapability to unplug themselves from the Internet: Didi, a 20-year-old sophomore student of Tsinghua University, said that “he became so obsessed that he skipped all his classes for an entire semester”[5].

Even though the issue can be seen throughout the world, compared to other countries China does not stand well in the statistics. A study that compared students of the United States and China showed that, even though the industrial and urban development in China (as their mass use of internet) is not as grand as in the U.S., Chinese students have a highest dependency on Internet with a 14 percent of Chinese students surveyed being highly addicted in comparison to the 4 percent in the U.S.[6] Another study, done by Stanford University, compares the online life of teens from Silicon Valley (U.S.) and Beijing. It concludes that “teens in China rely more heavily on the internet as an emotional and social outlet”[7]. One last survey done by Li and Kirkup in 2005, gives another glimpse of the difference between Western use of internet and that of the Chinese. In their study done with college students of both the United Kingdom and China, the internet is used by Chinese students mainly for personal interests (mainly online gaming and social networking) while the British tend to use it more as a studying  and as an informative tool[8].

It is not reasonable to give statistics without giving a definition that clarifies what is considered as “Internet addiction”. In psychiatrist Cao’s words, Internet addiction is “an individual’s inability to control his or her use of the Internet, which eventually causes psychological, social, school and/or work difficulties in a person’s life”[9]. Another definition, given by Tao Ran, the doctor who opened the first Rehabilitation Camp for Internet addicts in China, states that Internet addiction is  “playing online for at least six hours a day for three months straight and experiencing a profound sense of emotional, even physical, loss when unplugged to the Net”[10]. Hence, internet addiction is considered an addiction similar to that of drug addicts. It does not affect only a person’s mind but it also creates in some cases a physical reaction and dependence similar to that of alcoholics or drug addicts.

But, why does the youth develop this addiction? What are the reasons that take them to sit in front of a computer screen for eternal hours? Many studies and testimonies point in a similar direction. In the words of Ge Jin, who has dedicated to study the phenomenon of online gaming and “gold farming” “Their virtual lives gives them access to power, status and wealth which they can hardly imagine in real life”[11]; an anonymous testimony of a young teenager said that “I had no sense of achievement from anything I did in the physical world”[12]. This means that online role-play gaming allows the young population of China to fill the holes of their physical life; their virtual personas fulfill the goals and achievements that they feel that they will not be able to find in the real world.

One of the main holes that these teenagers are trying to fill through online gaming is their low quantity of social abilities and as an escape vent from their high academic pressures. Duncan Clark, senior advisor for Stanford’s above said study, considers that China’s post-‘90’s generation, due to the one-child policy and to their high academic pressures, have less real social relations than students from other countries, reason why  they tend to find a way of solving these losses through online multiplayer games[13]. This means that the one-child policy is a crucial reason for teenage dependency on online gaming due to the fact that they do not have a normal social life at home: “it can be inferred that a high dependency on excessive Internet use was associated with a lack of interpersonal skill. Internet addicts tend to isolate themselves and engage in Internet use as an alternative to a real-life relationship”[14].

Having looked superficially at the reasons behind Internet addiction in Chinese youths, one can now take a look at the consequences of this addiction. There are some extreme examples that show to where can this excessive dependency take. The following may seem like horror stories but they are true: there is the case of a fire in an unlicensed internet café that killed 24 young all-night gamers, which was started by two teenagers (13 and 14 years old) who were not allowed to go into the café to play; in 2004 a gaming addict from Chengdu died after playing an online game for more than 20 hours; a 13 year-old boy from Qingyuan brutally murdered his father because he criticized his excessive use of internet; and another teenager in 2007 murdered his mother and injured his father with a kitchen knife because they did not want to give him money to go to an internet cafe[15].

Even though Internet addiction does not take always to these extreme situations, it does have negative consequences for the youths in general. Poor performance in school and social isolation are two of the main consequences. There are other more physical consequences such as rarely sleeping, not eating for very long periods of time and limited physical activity, all of which can lead to a very unhealthy life if it is kept for many years.

To finish, one must look at what the central Chinese government has done to stop this issue from spreading. They have actually taken many measures to stop Internet addiction in the youth of the country. The inconvenient is that they have maybe taken it too far. Official statements have gone extremely far in their conception of the issue, blaming almost all teenage problems on net addiction: “Official figures claimed that the Internet was responsible for up to 80 percent of high school and college dropouts and most juvenile crimes”[16].

One measure taken by the Chinese government since April 2011 was to enforce the obligation to use real name and ID in order to be able to play online games. The aim of this law was to be able to control how minors are using the internet, for how long and what are they playing[17]. One year before they enforced the creation of internet cafes made exclusively for teenagers. This allowed the government to regulate the content and the time spent connected by the youths.

But the extreme measures taken that have made the hole world turn to China’s way of solving the problem is the creation of Rehabilitation Camps where they intern children for about two or three months in extreme conditions. They use very violent methods such as beating the children, electroshock therapy or long and exhausting military drills. There are cases of teenagers dying during their “rehabilitation” and many more that have ended up in hospitals due to very serious injuries.

The question that lies at the end is: Is this issue actually as serious as the Chinese government has declared it? Of course there are extreme cases that make society worry about the wellbeing and future of their children but, what is the solution? The more one prohibits a teenager from doing something, the more he is going to want to do it. Today it is online gaming, tomorrow it will be something else. Teenagers who are still looking for their identity have the need of finding a way to escape from the seemingly oppressive reality that surrounds them. Education, a balanced life, family support and encouraging healthy social relationships are far better solutions than prohibition and violent rehabilitation camps. The issue has to be taken out from the roots; if teenagers prefer their virtual lives than reality is because there is a problem with reality that has to be solved. Being a teenager is not the reason for online gaming addiction: the reason is the society that has made teenagers run away from it.

2 thoughts on “Online Gaming and Internet Addiction among Chinese Youths” 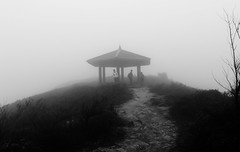 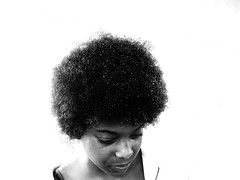 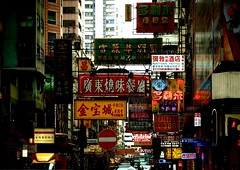 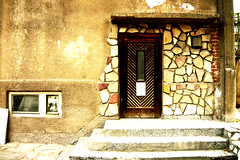